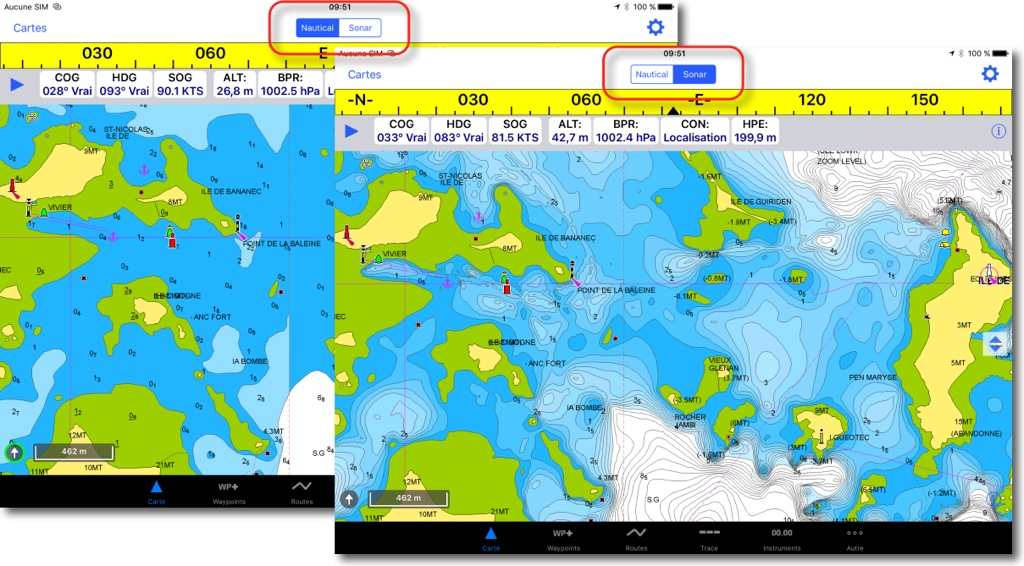 Fugawi says that users of Navionics Gold+ current may claim to support@fugawi.com a coupon code 50% to replace their chart with a NavionicsPlus covering the equivalent region. indicating what Navionics chart collection is on their account, either it is valid or expired, and for which device (iPhone or iPad). Fugawi then return a discount code to enter when purchasing the NavionicsPlus selected. The purchase can be done directly from iNavX, but also from your Fugawi account, I advice you.

So, in example, if a customer uses Navionics Gold 46XG for iPad (west coast of Europe and inland waterways), they can send an email to support@fugawi.com and ask for a discount 50% NavionicsPlus for Western and Central Europe iPad version. The customer will visit this webpage, click on “Add to Cart” and enter discount code. Instead of paying about 73 € , it will only pay 37 About €.

[Update 24 th July 2017] Navionics Gold + cards disappeared Catalog for the benefit of Navionics +. However, Sonar Charts should be used with great caution . Some may still remember of setbacks experienced in October 2015. I also never hidden my skepticism about the origin of the bathymetry in those charts (¹), while the standard nautical charts are of incontestable quality.