Many AIS tracking networks broadcast over the Internet are available. Among the best known : Marine Traffic, Vessel Finder, SiiTech, LocalizaTodo, and many others. One of these networks especially stands out, AIS Hub, an AIS NMEA data sharing center, which provides developers with an API for integration of its network in applications, and therefore display of AIS targets received over the Internet directly into the application. Featured from the beginning in Weather4D Routing & Navigation, this system has made it possible to envisage new and particularly innovative services.

The two leaders of weather, routing and navigation apps, SailGrib Android and Weather4D iOS, have partnered to provide this service to boaters using mobile devices. Thanks to a new server built as an AISHub network station , users of both applications can transmit via an Internet connection, not only their own location, but also those of all the received targets surrounding them, thus multiplying the number of targets in public broadcast by the AISHub network. In addition, this sharing can be achieved in direct satellite connection with an Iridium GO! while GRIB file request in the open sea (¹). 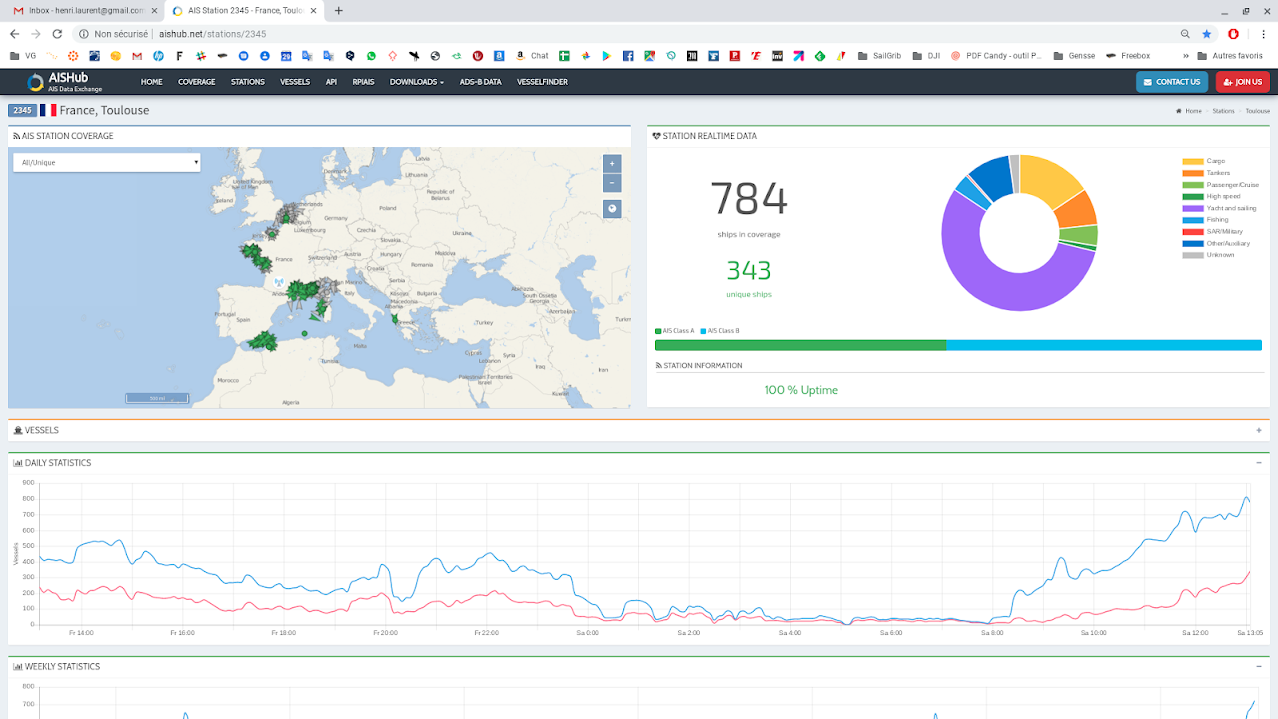 The AISHub server station 2345, administered by APP4NAV, can broadcast all AIS targets received by SailGrib and Weather4D users

Like this, wherever users are located, if they leave their AIS receivers and AIS sharing enabled in their application, even in harbour or at anchor, AIS targets they receive will be broadcast over the network, helping to improve the coverage of regions lacking land-based station. 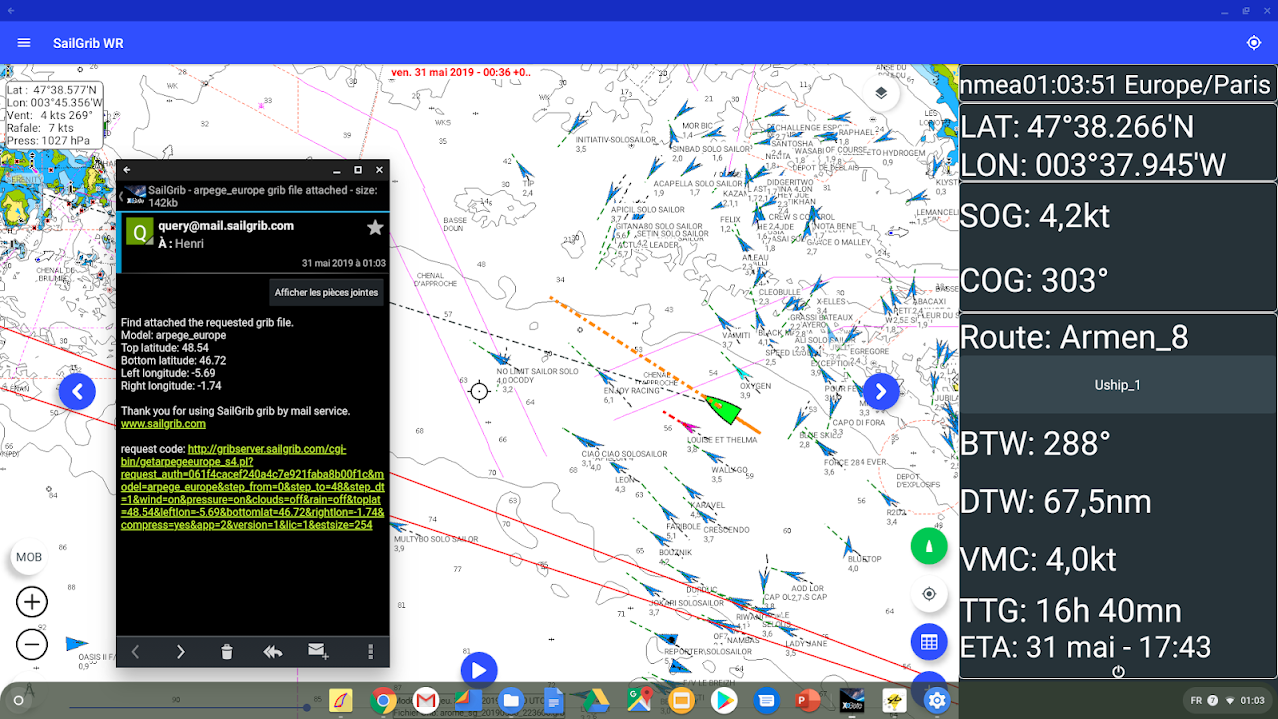 In addition to AIS sharing, applications can share their navigation data. The ship's atmospheric data in real time : speed and wind direction, pressure, air temperature, and hydrological data : current speed and direction, sea ​​temperature, depending on the instruments connected to the application.

If all boaters provided with SailGrib or Weather4D enable their data sharing along their cruise, this will create an interesting grid for comparing the actual data recorded with weather and oceanic forecasts. We can even consider adding instant calculation of wave height and period, using the internal sensors, for example the accelerometer 3 axes combined with atmospheric pressure sensor in iPad. 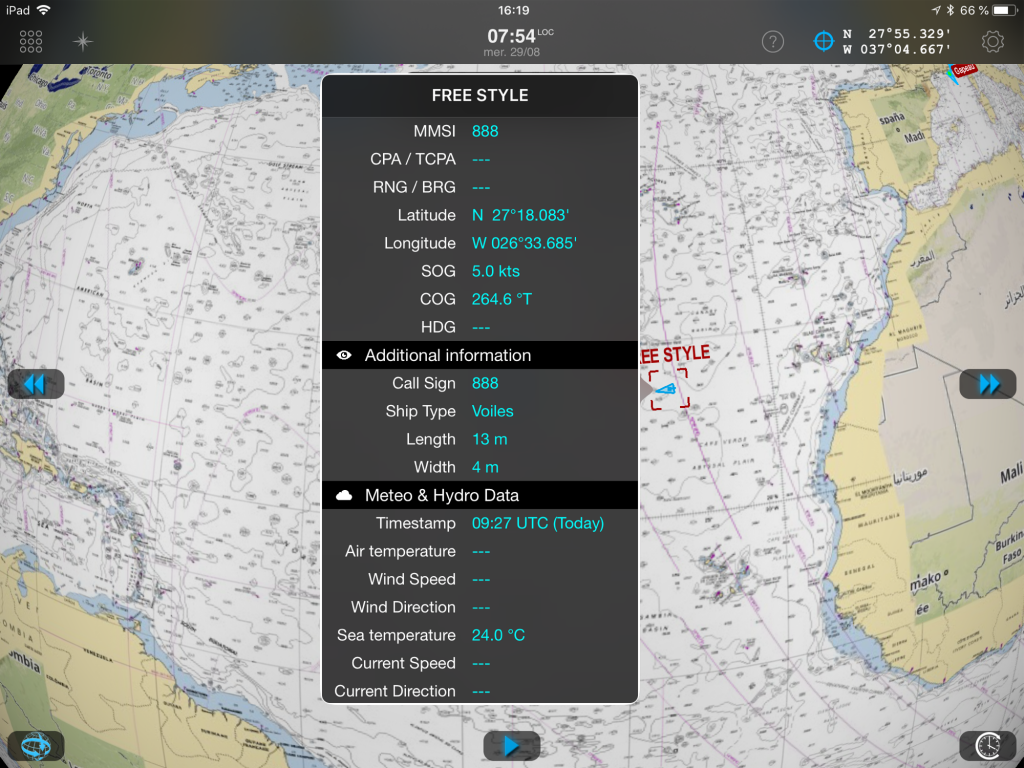 Sending position and data shared during a Weather4D access to servers for downloading GRIB with Iridium GO!

Private sharing on a dedicated “Cloud” .

From the record of course data, track, weather and hydro, a dedicated website is being developed so that boaters can collect their data in private accounts, formatted with specific pages (tracks graphic, logbook, pictures, texts, etc.) they can share with their loved ones safely.

At a time when social networks have become the communication standard, SailGrib and Weather4D join forces to create a true nautical network to serve their users, through voluntary sharing of their data - sharing which remains entirely optional - while increasing overall security. An initiative that should be welcomed.